Need a GPSDO to compliment your new IC-9700 and keep it on frequency? The BG7TBL is a popular GPS disciplined oscillator available on eBay. Many amateurs use this as their 10 MHz reference for frequency locking radios. They come in two versions, one that is sine wave, the other a square wave. A handy GPSDO kit for the shack!

I also review and show the operation of the matching BG7TBL GPS 10 MHz Amplified Distribution system.

For BG7TBL GPSDOs, this EEVBlog topic should be considered as a "master reference".

It's long, but has lot's of useful information for the many variants of the BG7TBL GPSDO.

With regard to which OCXO is fitted, it's a lucky dip!
This is the same variant that Hayden reviews, but with a Bliley OCXO. 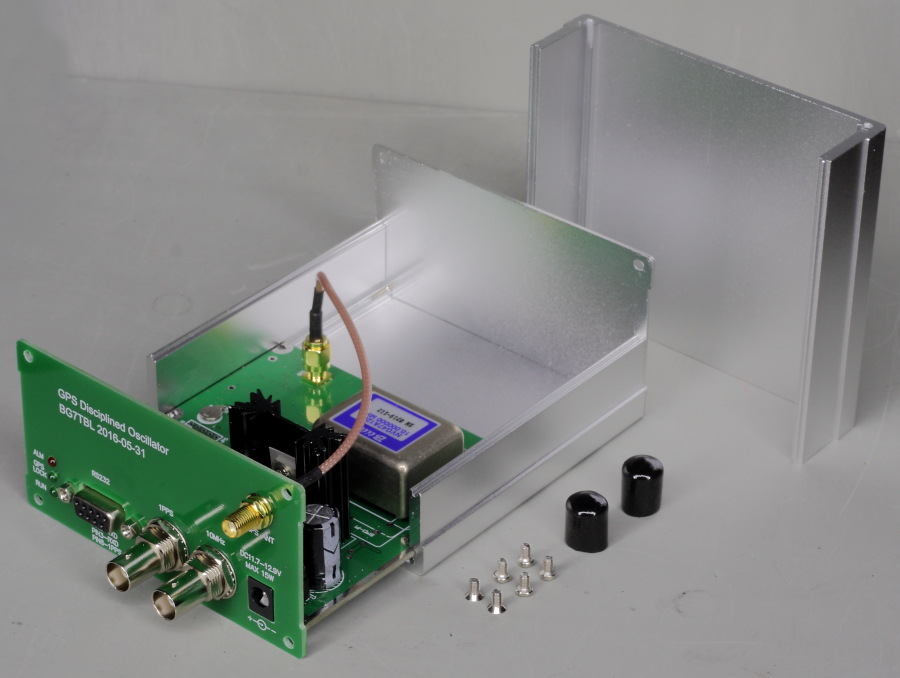 Of note too Adam - and documented on the forum here elsewhere.

The 10 MHz distribution amp comes in two variants, one with a OCXO and one without.
Peter VK3QI in this post shows the issues with the variant that uses an OCXO.


I came across an interesting effect yesterday whilst setting up a rover station.

I was using one of the GPS units previously discussed feeding into a BG7TBL 8 port distribution amplifier with an in-built OXCO as a backup.

I already use the same setup in my main portable setup, up to and including 47GHz WITH THE EXCEPTION that the 8 port distribution amplifier was without the inbuilt OCXO and with excellent "on air" results.

Monitoring the 1135.88889 MHz 10MHz locked oscillator in the transverter there was a pure signal, BUT when listening to a 10GHz (and lesser extent 5GHz ) received signal, there was a distinct warble on the signal at about 1 second period.

After a lot of mucking around with other GPS units that I have in the shack, various distribution amplifiers and a variety of levels, I concluded that there must be some sort of sampling of the distribution amplifier input to ascertain that there is an external 10Mhz source plugged in and that is introducing a noticeable warble on the signal when multiplied up.

Sure enough, removing the OCXO and disabling the sampling circuit cured the problem.

So a warning to anyone using one of the BG7TBL 10 MHz distribution amplifiers with the in-built OCXO, don't necessarily blame the GPS unit if there are issues with the resultant signal from your transverter.

For most of our purposes we don't need an OCXO in the distribution amp if we are using the BG7TBL GPSDO, or perhaps even another GPSDO that never loses power or has it's own OCXO.
Hayden, VK7HH

Just to reinforce the information about the warble.

I was referring to the BG7 10 Mhz distribution amplifierr with in-built OCXO, NOT the 10 Mhz GPS unit.

If you look at the comments that followed that posting, the discussion reverted back to the GPS unit.

I have had nothing but great success with any of the BG7 products purchased over the years, with the exception of that particular 10Mhz distribution amp with the in-built OCXO.

I did do some fiddling with the unit to see if I could eliminate the warble and finally concluded that there needed to be more decoupling of the sensing unit circuit from the +ve supply rail. The particular unit sits in one of my setups but with the OCXO removed and the sensing circuit disabled and works perfectly.

Hi Peter,
Sorry yes I should have clarified that the issue was with the distribution amplifier and not the GPS unit.